Stay IN the boat, Dude!


If you’ve been going to church for any length of time, you will have no doubt heard sermons preached on the great faith that Peter had when he got out of the boat and walked on the water to Jesus.

Again, if you’re like me, I grew up listening to that in Sunday School.  And this part of scripture is VERY familiar, almost TOO familiar.  We know the story, we know the details, we know the end.  But by carefully re-reading this event, my thinking has been stretched, and I want to stretch yours as well.  So re-read Matthew 14:22-32 & Mark 6:45-52

1) John the Baptist was beheaded

2) Jesus had finished the miracle of feeding the 5,000

John 6:15 gives a us little more insight.  After the people saw the miracle, they wanted to make Jesus their king.  He said “No, it’s not time yet” and went onto a mountain to pray by Himself.

As you read this the account, please remember one thing:  The disciples were in this predicament, because Jesus wanted them to be.  Whether you read Matthew’s version or Mark’s version, pay close attention to the wording:

Jesus MADE them get into the ship.  The Greek word here means to force, compel, constrain, urge.  The root word indicates “there is need to do this.”

In essence, it’s a command.  What’s the command?

Get in the boat, go to the other side (Bethsaida specfically), and wait for Jesus there.

I submit to you that Peter getting out of the ship shows his inability to follow directions & do what the Lord had said.  It doesn’t reveal his faith, but rather his lack of faith.

The command was simple, get in the ship, sail to other side, wait for Me, I’ll meet you there, I will stay behind and disperse the crowd.

The fact that he got out of the boat shows his lack of faith by not trusting the Lord to protect himself and the disciples in a frustrating situation.

Please notice that it was because of Peter’s lack of faith that this whole walking on water thing took place.  Jesus’ words: “Be of good cheer, it’s me” — weren’t good enough for Peter.

In less than 2 chapters Jesus is going to ask Peter a question: Who do men say I am? – some say John the Baptist, some say Elijah, some say Jeremiah, or one of the prophets.  Then Jesus forces his hand:  Who DO YOU say that I am?  His reponse: “You are the Christ, the Son of the living God.”

So when Jesus said, “Be of good cheer, it’s me Christ, the Son of God” – at that moment in time, that was insufficient for Him.  If he truly believed that, he wouldn’t have said, “Lord, if it’s REALLY you, then command me to come to you on the water.”

When God gives us a direct command, faith should take control.  We should be confident that God knows what He’s doing and that He is more than capable to make it happen, but a lack of faith will make us doubt, like Peter.

Jesus knew what was going to take place, and He wanted them to be IN the boat for a specific purpose.  He needed to them to learn that they could trust Him completely, regardless of the dilemma at hand.  Fast forward to the end of the story.  Mark makes it clear that they were amazed beyond measure.  Why?  Even with the miracle of feeding 5,000 people with 5 loaves of bread and 2 fish wasn’t enough for them to fully trust Him…not yet anyway.

So as the wind begins to pick up speed, the seasoned fishermen begin to panic.  It’s now the darkest hour of the night, and Jesus is simply making his way across the sea of Galilee to meet them as He had promised.  He really had no plans to stop and say hello to the disciples along the way.  He had already given them the plan, and that wasn’t part of it.

But they see Jesus walking on the water and their first thought was:  “It’s a ghost.”  They panicked even more.  But Jesus immediately tries to calm their hearts by saying:  “Hey, it’s me, you don’t have to worry.  Everything’s alright.”

But it’s when we don’t allow our hearts to be comforted by His presence that our faith takes a crash-landing.

Is God who He says He is?

Does God love me as much as He says he loves me?

Does God really see my needs?

Does He really care about what I want?

At the root of every single trial and fear we experience in life is this question:  Can God be trusted?

Look at the absurdity of Peter’s response to Jesus’ attempt to calm his heart:  “Lord, if it’s really you…”  What?  How many people had they met who could actually walk on water?

A lack of faith is nothing more than looking at our circumstances instead of God’s promises.

I believe that when God gives a command, we are to respond in a way where we are confident that He will provide the means and the protection along the way to carry out that command.

That command for the disciples was simply to get in the boat and STAY in the boat until they reached the shore on the other side.  Peter’s panic-attack prompted him to want confirmation that God had not abandoned him.

Even in our disobedience Christ lovingly reminds us he’s still there. Jesus reminds him He’s in control and says: “Ok, come here.”

When my children are disobedient, is that the time I should stop teaching them?  Absolutely not, I should seize the opportunity and use it to show them what they’ve done wrong.  So here’s the teachable moment for Peter:  “Come, Peter.”

Now, if Jesus says “come”, that is certainly another promise for safety, BUT… there was ALREADY a promise for his safety when He told Peter and the disciples to get in the ship and go to the other side.  As Peter steps out and starts walking, his faith is shattered for the second time because of his circumstances.

The same fear that crippled his faith to not stay in the boat, has now crippled him again.  Peter’s focus shifted to what the wind was doing TO him instead of remembering what Jesus wanted FOR him — to simply trust Him in all circumstances.

When Jesus returned Peter to the original place He had intended him to be, the wind ceased.  They walked hand in hand together back to the ship.  He took him by the hand, just as you would a child when he is either disobedient or ignorant of the danger.

And when we are disobedient or ignorant, God, as our loving Father, has to take us by the hand like immature babies, and He puts us back in the place we should have stayed in the beginning...because it’s all a matter of trust…isn’t it?

Jesus asked the tough question that we all must answer:

“Why did you doubt?” 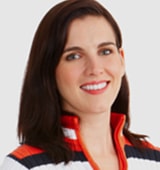