The Brussels Times newspaper reported that “December was the darkest month since 1934.” The sun only shone for 10 hours and 31 minutes during the entire month. This is one of the reasons we felt God was prompting us to do a community Christmas outreach. We prayed, planned, and prepared the best we knew how. We advertised on social media, we personally gave out over 4,100 invitations, and we hung up huge city-wide posters (and within 4 days someone has pasted their posters over ours, which is against the law because you cannot paste new posters until the event has passed, but if we had put up more posters over theirs, that would have been illegal too). But 85 people heard the gospel. To us, that is a HUGE success. To our knowledge, no one made a life-changing decision, but God was at work and we built some great bridges into the community. Thanks so much for being such a big part of this. 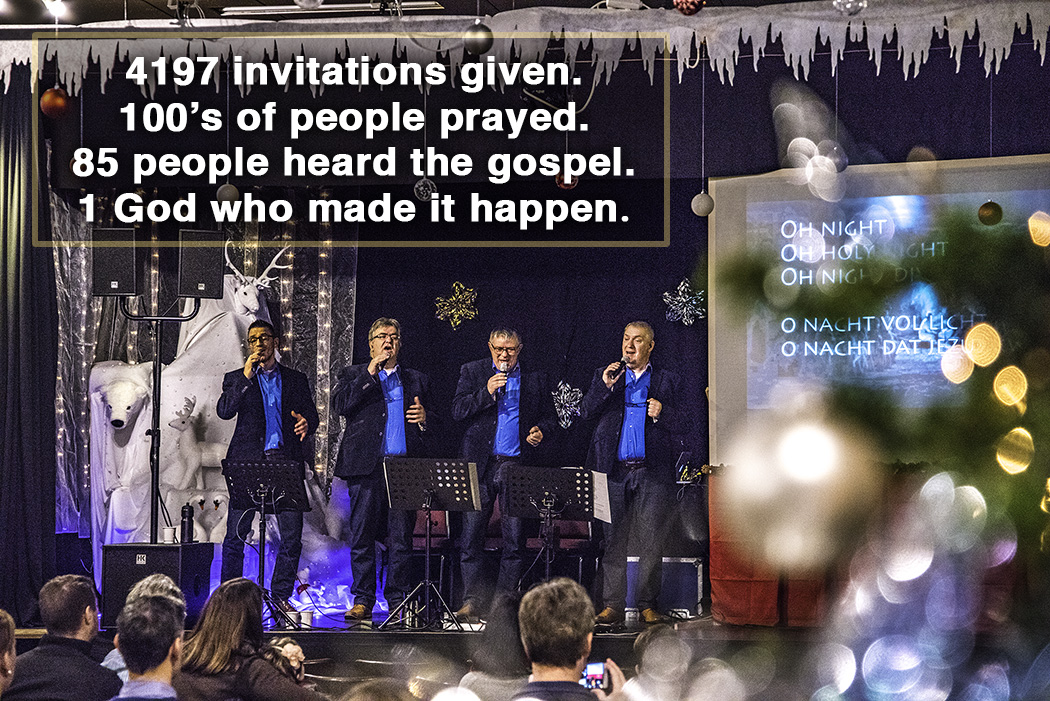 It is hard to believe that we have now been back in Belgium for 16 months. We have been so blessed by many of you that have prayed, given and encouraged. We could not do this without such a great support team.

We are now busy planning and getting some unique outreaches up and running. We will be starting a “Taco Tuesday” where we invite the neighbors and locals to come and enjoy a meal with us as we get to know them better. I am also wanting to start a ladies night once a month where we get together for a dessert and game time. But, the outreach I am most excited about is a prayer quilt ministry. Myself and some other women would make small lap quilts for those who are in the hospital or who are struggling with an illness. These would be given out in the name of our new church. They are made with a tag on the back with an explanation that it was made with love and prayers by the ladies of Familiekerk Brugge.

I was reminded recently by a friend that we “have not because we ask not.” So, I thought that I would again share our need for a car. We have been able to raise about half of what is needed, but are in need of the remainder. We know that God will provide in the right time, but I will be honest, I am hoping for sooner than later. Somehow bringing home groceries on the bike or by foot is just not as easy as it was 10 years ago. Again, thank you for your love, prayers and support.